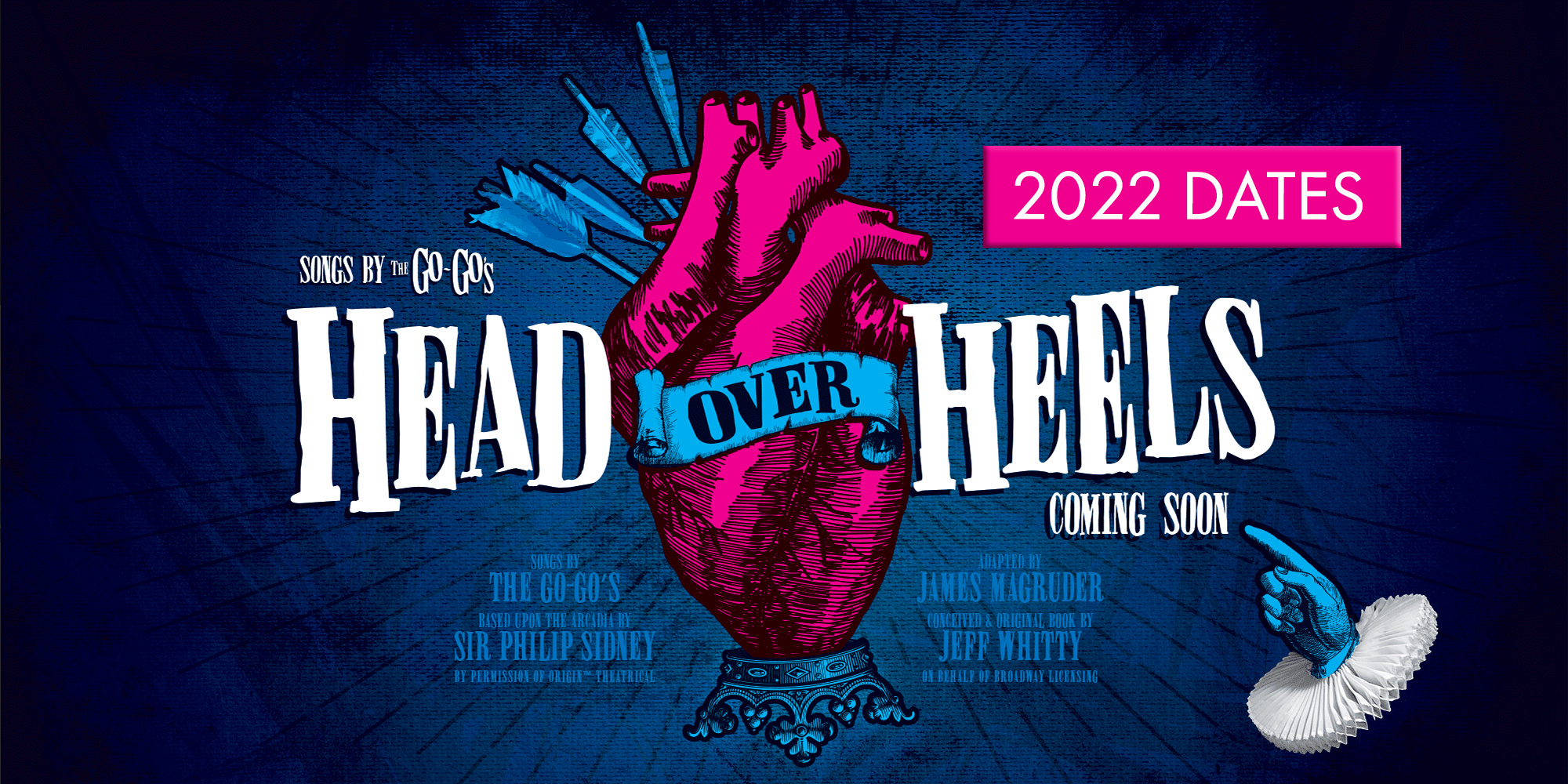 Songs by The Go-Go's, Adapted by James Magruder, Based upon The Arcadia by Sir Philip Sidney, Conceived & Original Book by Jeff Whitty

Please note: There will be no matinee on Thursday March 24

Director Ellen Simpson and the Producers of the 2019 smash hit American Psycho – The Musical bring you Head Over Heels; a bold new musical comedy from the visionaries behind Hedwig and the Angry Inch, Avenue Q, Next To Normal and Spring Awakening.

In a brazen (yet completely on-brand) attempt to flout the dire warnings of the Oracle, King Basilius of Arcadia sets off on a journey of evasion and avoidance, entire family in tow. The next few raucous and ruff-filled hours see all that is familiar to this royal clan tipped on its crown as they are flung, loins first, into a new age of inclusion and transformation.

Set to the music of the iconic 1980’s all-female rock band The Go-Go’s, this hilarious and ground-breaking piece features songs, “We Got the Beat,” “Our Lips Are Sealed” and Belinda Carlisle’s “Heaven is a Place on Earth”.