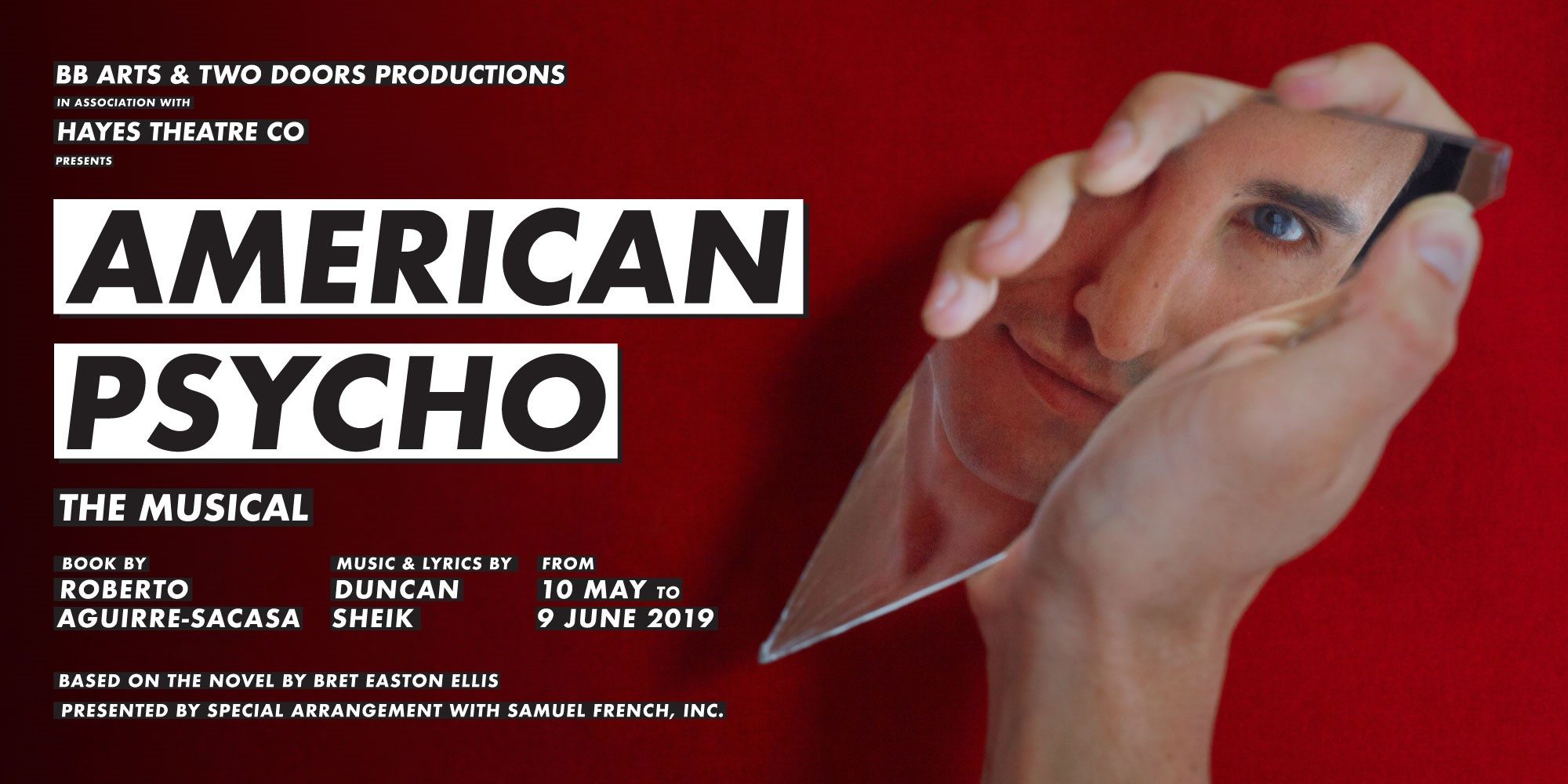 2 hours and 20 mins including interval

Content warning: Strong language, adult themes including strong violence and sexual references. Use of theatrical haze, smoke, strobe lighting and herbal cigarettes. Parental guidance and discretion advised for patrons under the age of 16. Please get in touch with us if you have any queries.

Based on Bret Easton Ellis’ 1991 controversial best-selling novel American Psycho, which also inspired the 2000 film of the same name directed by Mary Harron, this bold new musical tells the story of Patrick Bateman, a young, handsome and wealthy investment banker living in epicenter of excess: Manhattan, NYC, during the Wall Street Boom of the late 1980s.

With impeccable taste and unquenchable desires, Patrick and his elite group of friends spend their days in chic restaurants, exclusive clubs and designer labels. But at night, Patrick takes part in a darker indulgence, and his glitzy, glamorous facade slips away.

With a Book by Roberto Aguirre-Sacasa (Riverdale) and Music and Lyrics by Tony Award winner Duncan Sheik (Spring Awakening) and featuring classic 80s hits from Phil Collins, Tears for Fears, New Order and Huey Lewis and the News, American Psycho – The Musical is a pitch black, social satire about the evil that can be done by a man with privilege and power and just how easy it is to get away with it.

“I guess in a way, we are sort of a photo negative of Hamilton, the anti-American dream… Instead of the birth of the nation, it’s the death of the nation….”

“So Smooth, So Rich, So Ruthless”

“Slick & disturbing as the 80s. Slides across its surfaces like Sondheim on K”