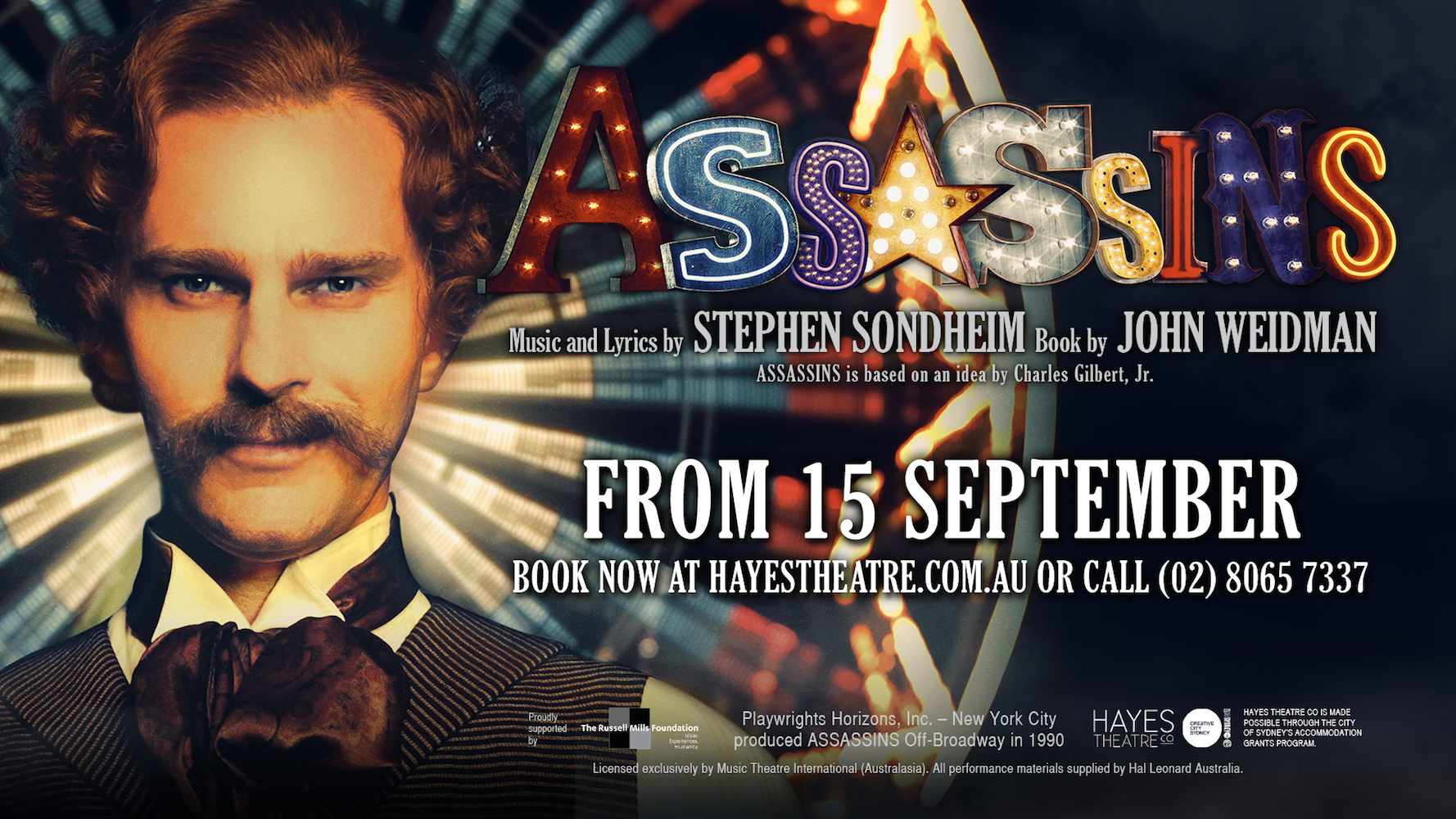 Music and Lyrics by Stephen Sondheim, Book by John Weidman

No performance on Monday 16 October

Recommended for 15 years and over

This production contains the use of theatrical haze, gun shots and nudity

ASSASSINS is based on an idea by Charles Gilbert, Jr.

In a fairground shooting gallery a group of misfits gather. Each has a problem they need to solve and each has discovered the answer – they must shoot the President of the United States!

From John Wilkes Booth to Lee Harvey Oswald, we learn of the many varied and unusual ways that each has committed (or attempted to commit) the ultimate crime; their motivations and their desire to be recognized for their actions in a world where they are largely dismissed and ignored.

Described by Sondheim as the show that comes closest to his expectations of it, ASSASSINS is a chilling, and timely, reminder that those in power ignore the poor and disenfranchised to their peril.

“Assassins is another stunningly inventive production in which every single element comes together brilliantly. … Bryant has assembled an exceptional cast with no weak link, all of them strong actors with great singing across the board. … Choreographer Andrew Hallsworth keeps the action flowing seamlessly… Assassins is stunning theatre and yet one more example of why the Hayes is such an invaluable addition to Sydney’s musical theatre scene, staging wildly intelligent, inventive productions of shows we would be unlikely to see otherwise. ★★★★½”

“[Dean Bryant] has absolutely outdone himself in terms of bold inventiveness, and his work with designer Alicia Clements is astonishing. … The full company numbers are particularly impressive, as choreographed by Andrew Hallsworth… Bryant’s production is every bit as good as you’d hope. … There are several moments that are absolutely breath-taking… ★★★★”

“David Campbell is disturbingly charming and twinkly as well as singing like a fallen angel. … The night is overseen and orchestrated by the Proprietor of the pop-gun sideshow (Rob McDougall, possessor of a wry demeanour and luscious baritone voice)… Bobby Fox as Charley Guiteau, whose defiance on his way to the hangman’s trapdoor is a show-stopper, … Assassins falls into the category of “much anticipated” and this production lives up to all hopes and expectations… if one were to say it’s 90 minutes of sheer bravado, wickedness and brilliance, it would be a fair summation. Really recommended.”

“Assassins has an electrifying topicality to it … Once director Dean Bryant sets the carousel spinning, it doesn’t stop. For an hour and 40 or thereabouts, Assassins spins off a series of frequently dazzling storytelling and song-and-dance episodes… The singing is very fine… Newcomer [Maxwell] Simon, a recent Victorian College of the Arts graduate, is effortlessly good as the mocking balladeer whose numbers punctuate the show. Rob McDougall shows off his stentorian set of pipes in the role of The Proprietor. [David] Campbell is commanding in all respects as Booth. … this is an impressively vivid production. Bang on target. ★★★★”

Sponsored by The Russell Mills Foundation