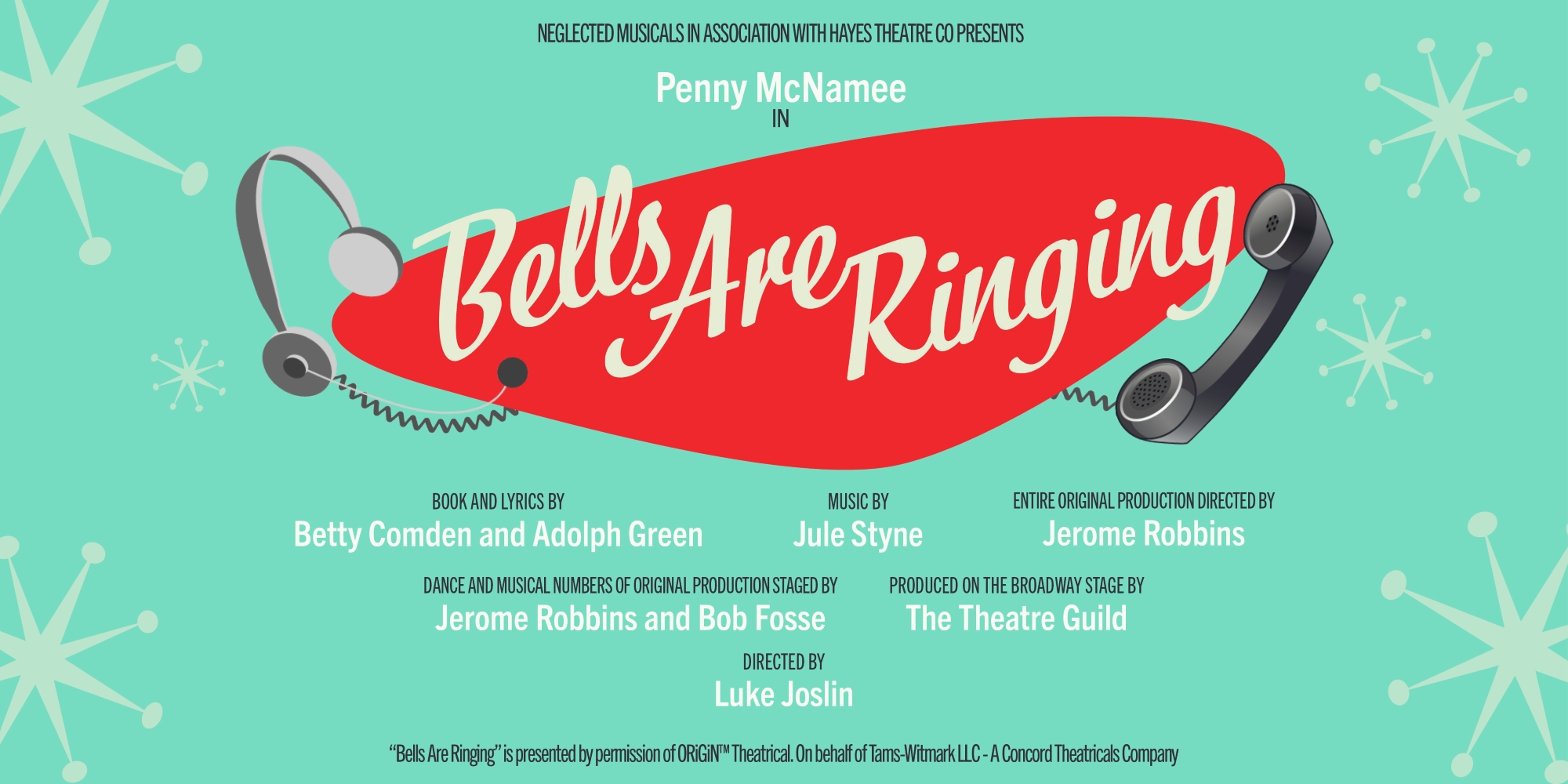 Book and Lyrics by Betty Comden and Adolph Green, Music by Jule Styne

Starring Penny McNamee this beloved musical comedy boasts a score by Jule Styne, with book and lyrics by Betty Comden and Adolph Green

“The unique and thrilling experience that comes with performing a Neglected Musical, is three-fold for me,” said Penny McNamee star of Bells Are Ringing. “Firstly, the challenge of learning and staging a show in just a day, the thrill of performing that show in front of a live audience who are invested in the process, and finally the joy of rediscovering and presenting a forgotten, but cherished musical!”

In Bells Are Ringing, the lonely Ella (Penny McNamee) works at an answering service.  As she assumes different identities for each of her callers, she also becomes entangled in their lives. The original production opened at the Shubert Theatre in Nov 1956 and played 924 performances. The musical was directed by Jerome Robbins; dance numbers were staged by Robbins and Bob Fosse. The show won Tony Awards for its stars Judy Holliday and Sydney Chaplin. The 1960 movie musical stared Judy Holliday and Dean Martin.

Neglected Musicals presents a chosen musical in full with scripts in hand, accompanied by a piano after only one days rehearsal.

*Cast subject to change without notice.

There have been 23 previous Neglected Musicals presentations: NO WAY TO TREAT A LADY, GIRL CRAZY, SEE SAW, MY FAVORITE YEAR, SHE LOVES ME, NICK AND NORA, ON THE 20TH CENTURY, LUCKY STIFF, VARIATIONS, SUPERMAN, DEAR WORLD, THE GOODBYE GIRL, BABY THE MUSICAL, CALAMITY JANE, MAME, ME & MY GIRL, BIG RIVER, MEET ME IN ST LOUIS, APPLAUSE, THE SENTIMENTAL BLOKE, IRENE, NICE WORK IF YOU CAN GET IT and BRIGADOON.

A limited number of accessible seats are available in the front row of the theatre.

Please contact the box office on (02) 8065 7337 to purchase accessible seating (subject to availability).