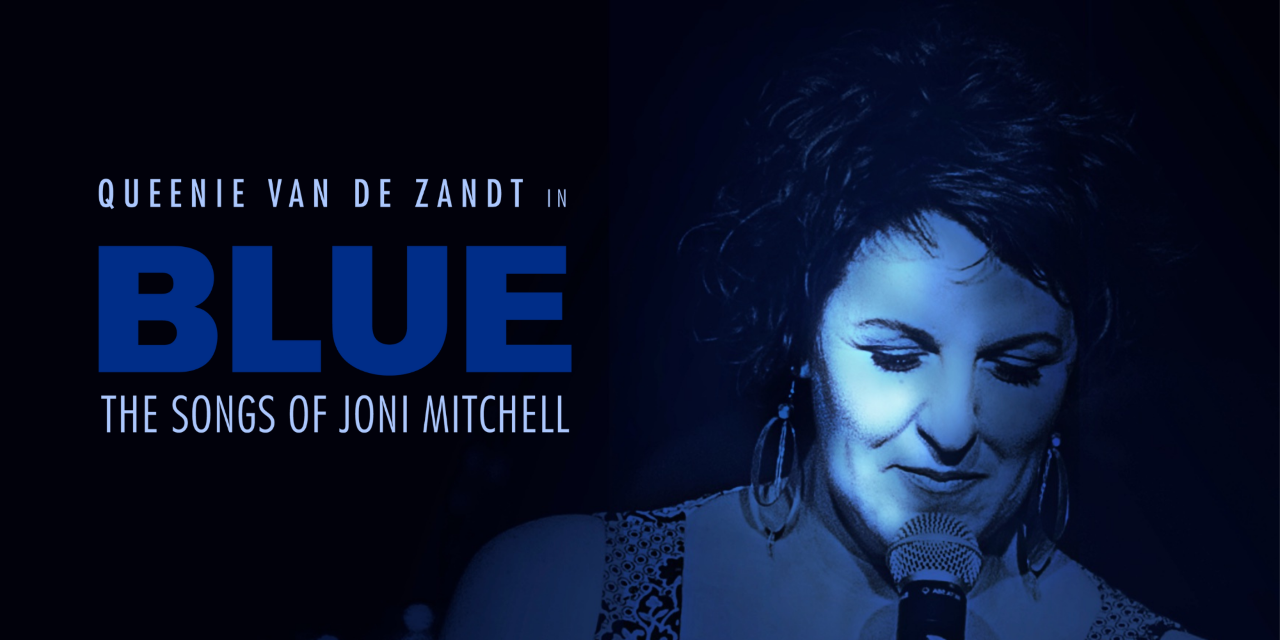 Blue The Songs of Joni Mitchell | Returning in 2022

Following its sold out Sydney season in 2017, Queenie van de Zandt returns her Helpmann nominated cabaret, BLUE: The Songs of Joni Mitchell, to Hayes Theatre for 8 performances only.

Australian cabaret chanteuse and musical theatre star, Queenie van de Zandt, renowned for her artful storytelling and raw, emotive vocals, brings to you the songs, stories and art of the musical legend that is Joni Mitchell.

Renaissance woman, painter and poet, Mitchell created a soundtrack for the Woodstock generation.

“Joni is my favourite singer/songwriter and I’ve been wanting to do a show about her and her music for some time,” said Queenie. “She gave a daughter up for adoption early in her career and her music was so influenced by this experience. When I gave birth to my daughter, it felt like a perfect time to explore this mother and daughter relationship and the effect that becoming a parent has on your creativity.”

In BLUE: The Songs of Joni Mitchell, Queenie, along with her live band, explores her love of all things Joni. Using voice overs and intimate storytelling, Queenie takes us on a sonic journey through Joni’s life, loses and loves, affectionately reinterpreting her melancholy music, and intimately revealing the stories behind some of her most haunting songs such as A Case of You, Both Sides Now, Big Yellow Taxi and Little Green.

Blue: The Songs of Joni Mitchell is a beguiling night of melancholic songs, poetic storytelling and haunting vocals in a perfect intimate setting.

Van de Zandt and Lambert have crafted a gently melancholic, poetic show that can speak to anyone regardless of whether you know the material, but fans of Mitchell’s music will find it particularly appealing.★★★★

There are plenty of tribute cabarets, but Blue is set apart by the great skill with which van de Zandt and her co-writer and musical director Max Lambert have interwoven some of Mitchell’s best-known music with stories from significant chapters of the singer’s life. Van de Zandt narrates Mitchell’s story as if she lived it herself, while voiceovers of significant “characters” from Mitchell’s life offer slightly different perspectives on events as they unfold. ★★★★