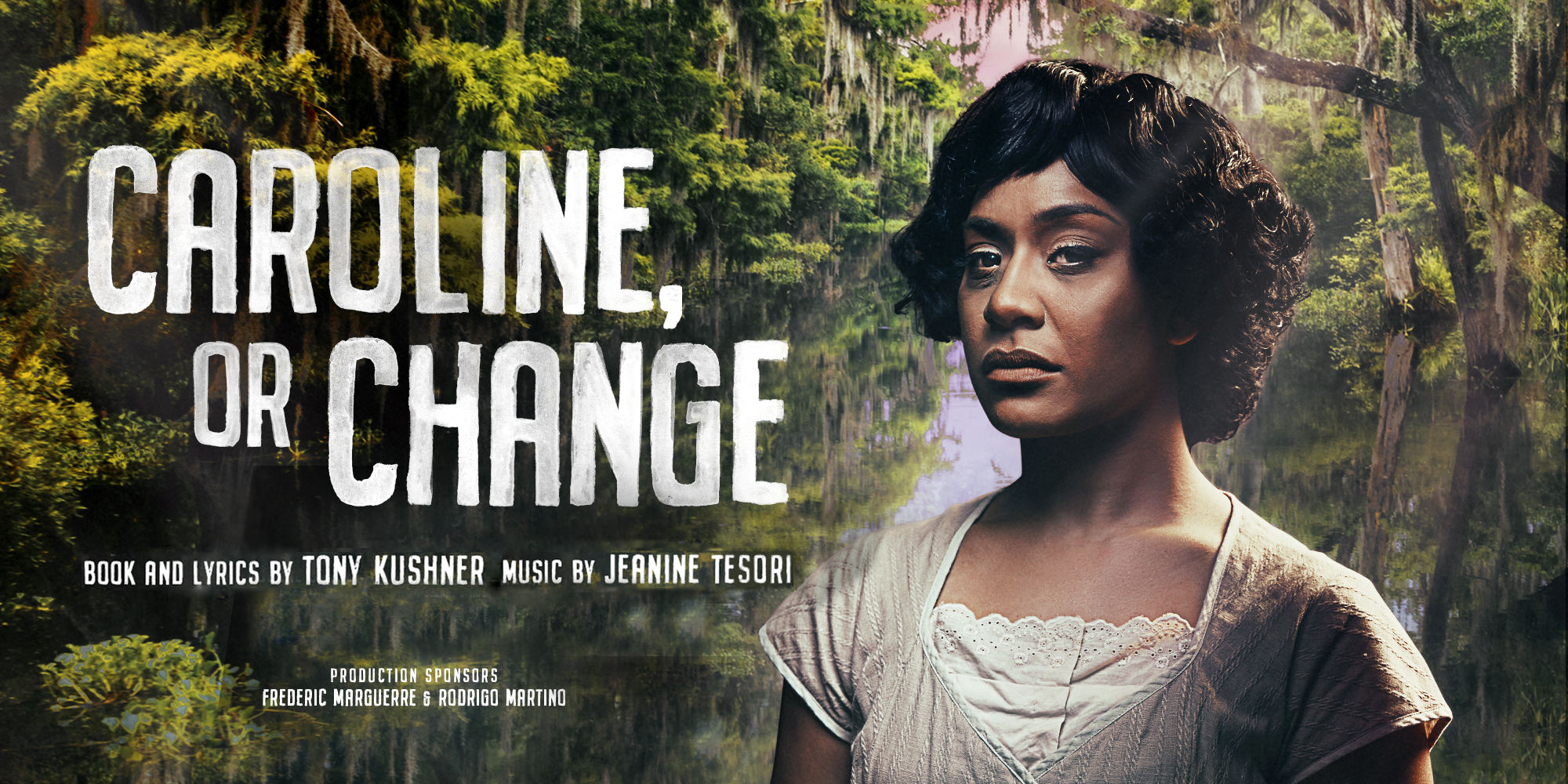 1963, Louisiana. The president is dead and America is on the verge of one of the greatest social movements of the 20th Century. The Gellman’s maid, single mother of four, Caroline, shares a special bond with eight-year old Noah, who is heartbroken after the death of his mother and his father’s remarriage.

Sneaking down to the basement laundry to spend time with Caroline and a range of fantastical, anthropomorphic characters, Noah will find his relationship with Caroline tested by an attempt to put more money into Caroline’s pocket, devised by his stepmother, Rose.

Loosely based on Kushner’s own memories of growing up in Louisiana, Caroline, or Change features a stunning score by Jeanine Tesori, combining spirituals, blues, Motown, classical, and Jewish klezmer and folk music.

Caroline or Change is generously supported by Frederic Marguerre and Rodrigo Martino, principal sponsors of the Artist-Led Initiative.

Caroline or Change is part of the 2011 Postcode offer. Residents of 2011 can obtain half price tickets 30 minutes prior to performances Mon-Wed with proof of address. Subject to availability.

★★★★ “Remember your first time at the theatre? How miraculous it was to find another world within the one you knew? Caroline, or Change is as different from any musical you’ve ever seen on the scale of wonderment.”

Evocative, miraculous, and darkly humorous – an unconventional musical that does not rely on catchy melodies or cheap sentimentality, to sustain our interest. It intrigues with its powerful narrative, and its two very fascinating central characters.

★★★★ “Thank the musical theatre gods for Elenoa Rokobaro, who plays [Caroline] with astonishing grace. She is grounded and achingly earthy. Her voice is a dream – rich and nuanced – and her performance is finely, thoughtfully built. It’s rare, heart-stopping work.”

★★★★ “Caroline is embodied so completely by Elenoa Rokobaro in a star-making, no doubt award-winning performance…she sings like an absolute dream. None of it would work without her.”