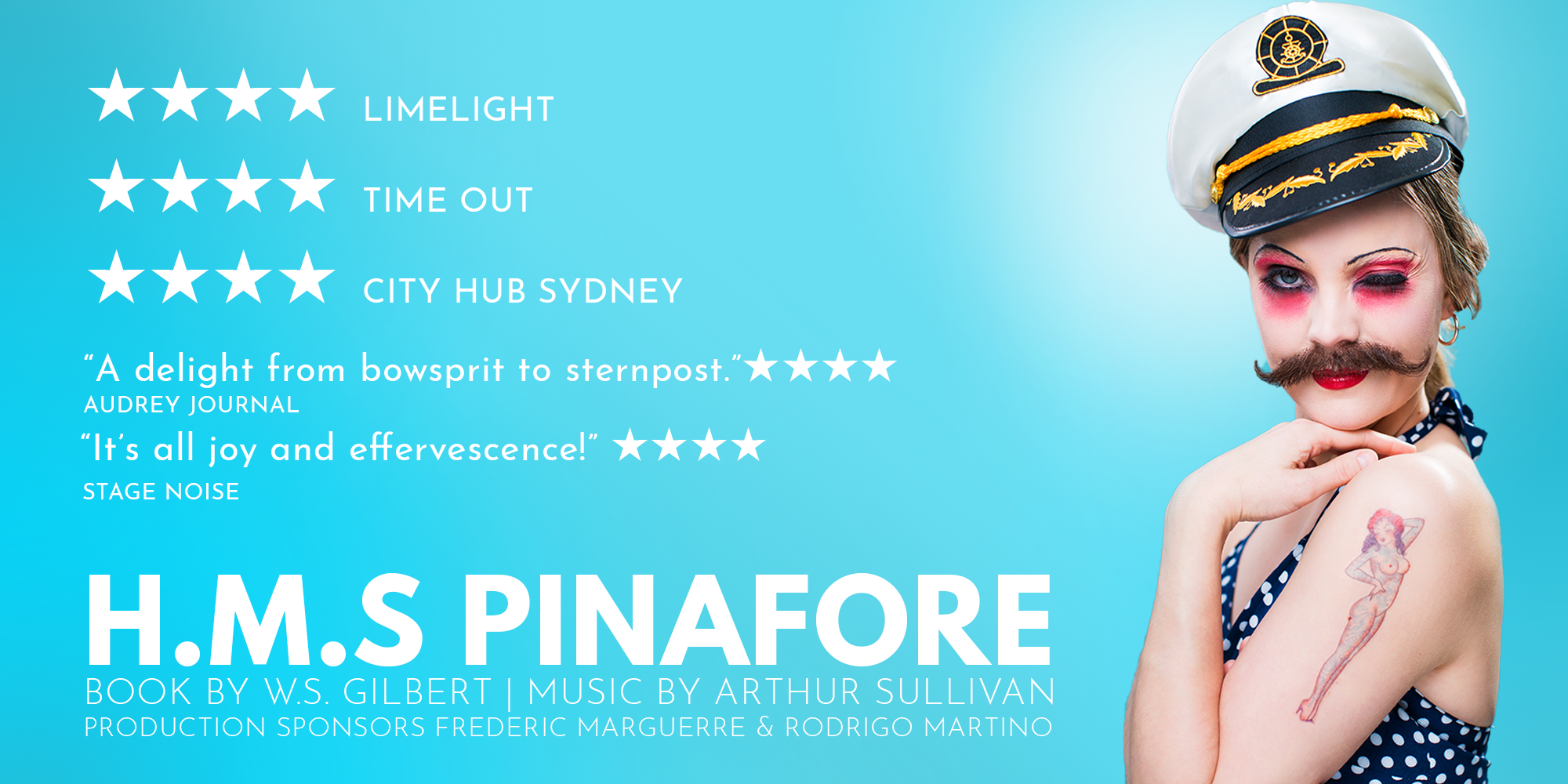 No Wed matinee performance on 13 November 2019

Aboard the ship H.M.S. Pinafore, the captain’s daughter, Josephine has fallen in love with a lowly sailor, Ralph Rackstraw, despite her father’s plan to marry her to the First Lord of the Admiralty, Sir Joseph Porter. As the lovers lament their predicament and plan their escape, a surprise disclosure from an unlikely quarter shows that not all is at it seems.

Featuring the songs ‘I am the Monarch of the Sea’, ‘I’m Called Little Buttercup’ and ‘He is an Englishman’, H.M.S. Pinafore is a sharp satire of the English social hierarchical system of the Victorian Age.

H.M.S. Pinafore is part of the 2011 Postcode offer. Residents of 2011 can obtain half price tickets 30 minutes prior to performances Mon-Thurs with proof of address. Subject to availability.

“A joyous version of the Gilbert and Sullivan musical that most fans will love.”  (ArtsHub)

“The show is bursting with talent and expertise and basically it’s all joy and effervescence for the rest of the voyage.”   (Stage Noise)

“Turning the topsy-turvy of W.S. Gilbert and Arthur Sullivan’s 1878 operetta inside out, this saucy staging of H.M.S. Pinafore is a delight from bowsprit to sternpost.”  (Audrey Journal)

“It’s always fun to see an actor steal a production, as Thomas Campbell does in the opening scene to Hayes Theatre’s giddy and hilarious new production of H.M.S. Pinafore.” (CityHub)

“This absurd comedy of class, manners and ridiculous reasoning is delightfully rendered with a fun blend of contemporary and classic stylings.” (Broadway World)