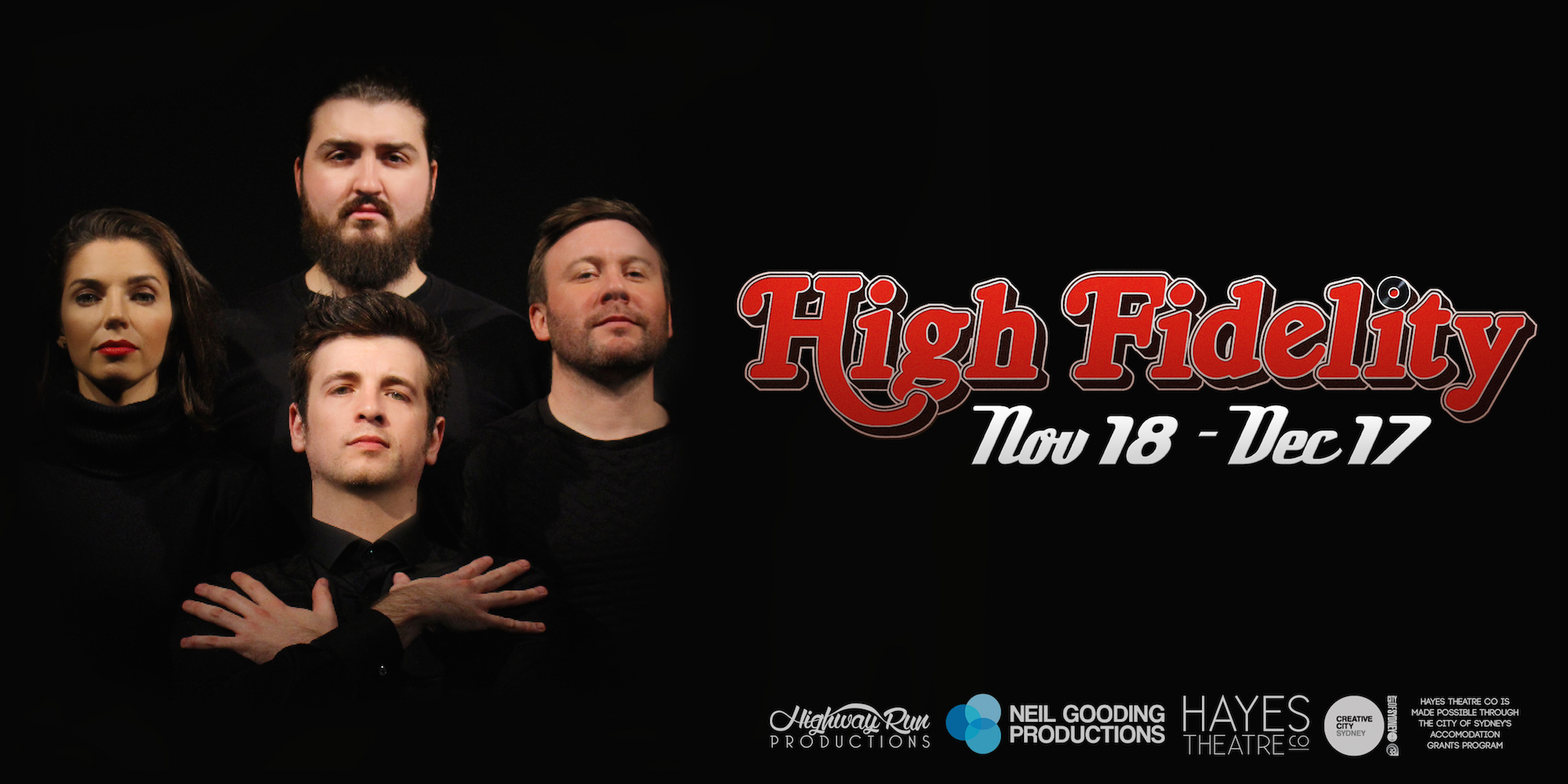 HIGH FIDELITY is coming to Hayes Theatre Co from November 18th and plays until the landlord kicks them out and sets up a K-Mart or something.

Produced by Neil Gooding Productions (SWEET CHARITY and DOGFIGHT) and Highway Run Productions (RENT) and starring Toby Francis — currently touring the country as Charlie Price in the smash hit KINKY BOOTS — HIGH FIDELITY is the sweetest, most under-rated musical this side of whatever the opposite of Cats is. (You’ve probably read the book by Nick Hornby? Or seen the movie with John Cusack? You know the one, Joan Cusack is in it too. They play best friends and we’re meant to pretend they aren’t brother and sister but we’re all just watching it like, “they are absolutely related and I can only suspend my disbelief so far.”)

Featuring an original score with music by Tom Kitt — before he sold-out and won the Pulitzer Prize for NEXT TO NORMAL — HIGH FIDELITY tells the story of life and vinyl while skilfully evoking the sounds and styles of the greatest artists a record store can offer: artists like Bruce Springsteen, Aretha Franklin, U2, The Beatles, Heart, Pat Benatar, Guns ’n’ Roses, Ben Folds, The Beastie Boys, Dr. Dre, and Marvin Gaye.

It’s the classic man-boy meets girl, man-boy loses girl, man-boy needs to ditch the ‘boy’ part of ‘man-boy’ before it’s too late kind of story. You know, the kind of story Alanis Morrisette writes really good songs about. Or used to anyway. And the season, like all good record pressings, is strictly limited. So grab yourself a ticket and add HIGH FIDELITY to the “motherlode” in your mind. Or don’t. I mean, you might not be into it now that I think about it. It’s really more of a theatre-lover-with-their-finger-on-the-pulse kind of thing…

High Fidelity is presented by permission of ORiGiN™ Theatrical on behalf of Playscripts Inc.

Anyone who lives in the 2011 postcode can obtain unsold tickets for only $30.00 to all participating shows at Hayes Theatre Co on Tuesdays, Wednesdays and Thursdays when purchased in person at the box office, half an hour prior to commencement of the performance with I.D. showing residential address.