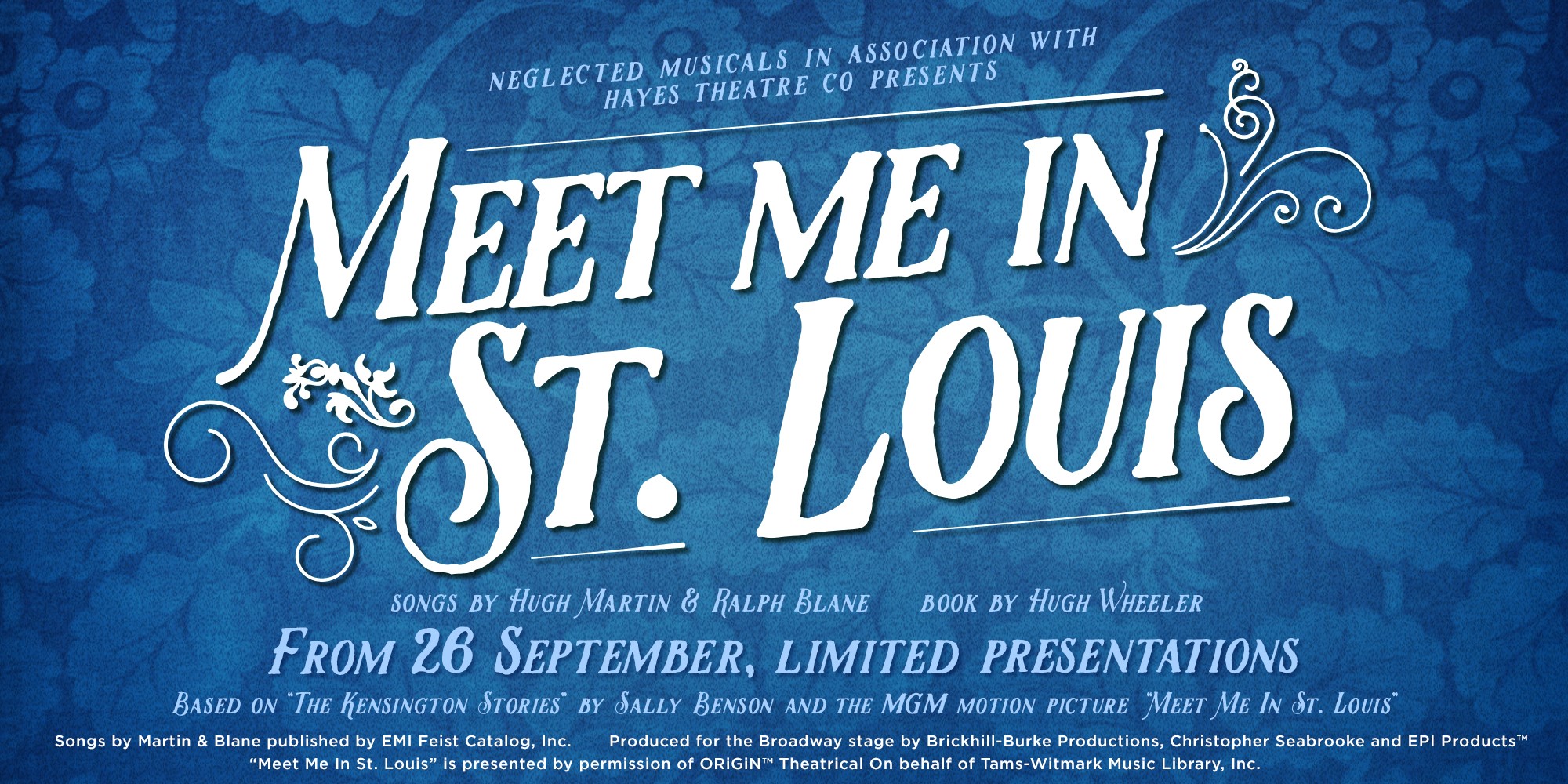 Meet Me In St. Louis

Based on the heartwarming MGM film, MEET ME IN ST. LOUIS is a rare treasure in the musical theatre; a wholesome and delightful portrait of a turn-of-the-century American family. It is the summer of 1903, and the Smith family eagerly anticipates the opening of the 1904 World’s Fair. Over the course of a year, the family’s mutual respect, tempered with good-natured humour, helps them through romance, opportunity, and heartbreaks.

Memorable musical numbers include Have Yourself a Merry Little Christmas, The Boy Next Door, The Trolley Song, and Whenever I’m with You.

Established in 2010, Neglected Musicals presents musical theatre that has never or rarely been seen in Australia.  Presented with scripts in hand, and with piano accompaniment after only a day’s rehearsal.