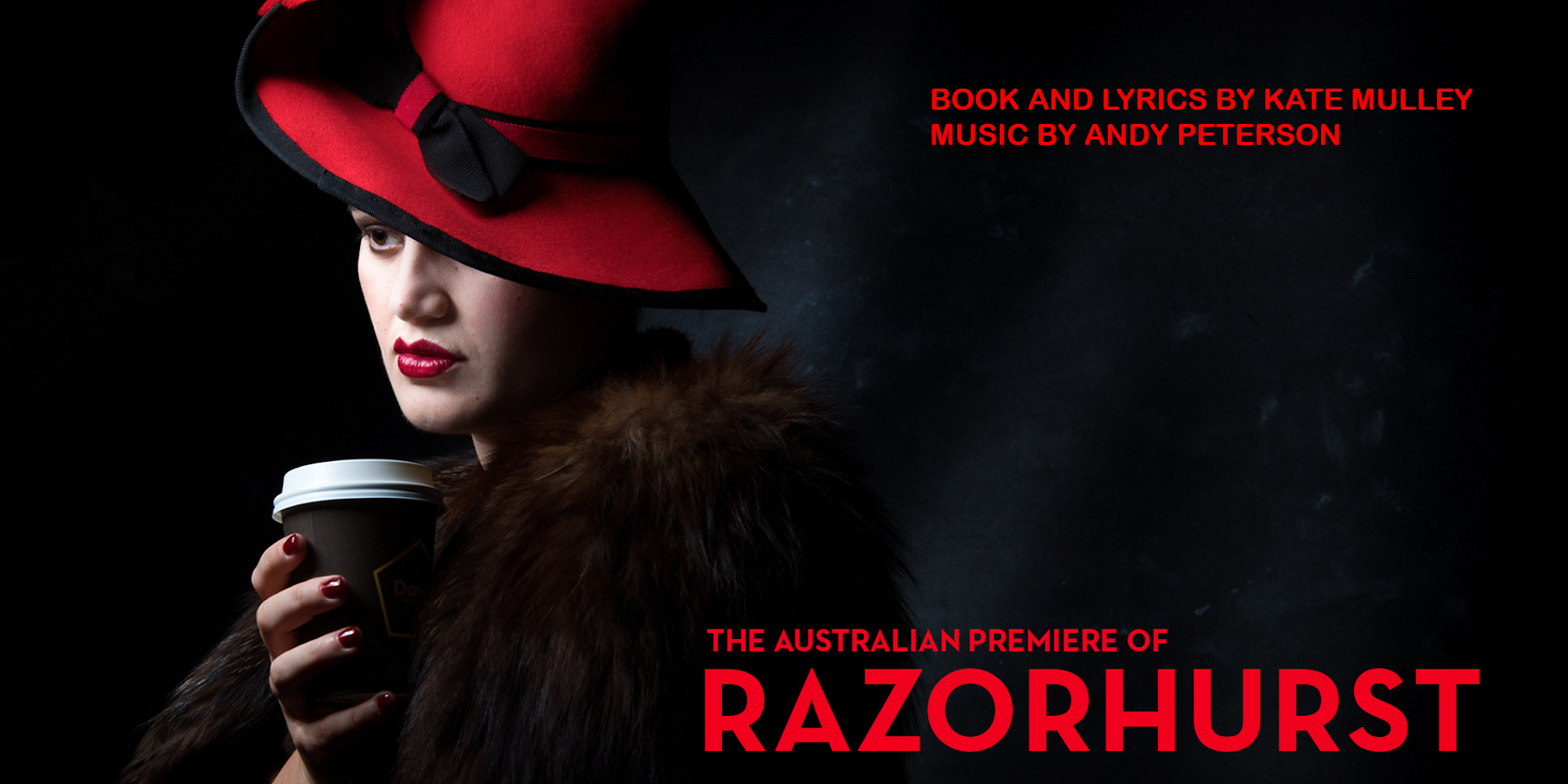 Contains strong language, adult themes including violence and sexual references. Use of theatrical haze, gun shots, smoke and herbal cigarettes. Parental guidance and discretion advised for patrons under the age of 16 years.

From the 1920s until the 1930s, two vice queens, Kate Leigh and Tilly Devine, ruled the Darlinghurst underworld. Their rivalry was infamous, leading to a litany of violent crimes enacted by their razor gangs as each struggled to gain dominance in a world of sly grog, narcotics and prostitution.

In 2019, Kate Leigh’s former sly grog shop is about to reopen as a trendy coffee spot. The shop is being gutted for renovation, but there are still ghosts in the walls who aren’t done settling old scores.

Razorhurst explores what it means to be a woman in a man’s world, forced into a life of crime by circumstance. At turns crass and hilarious, Razorhurst is a “compelling meditation on the explosive cocktail of gender, class, and power underlying an infamous period in the history of crime” (Newark Star-Ledger).

Razorhurst is part of the 2011 Postcode offer. Residents of 2011 can obtain half price tickets 30 minutes prior to performances Mon-Wed with proof of address. Subject to availability.

“You’ll have a raucous good time at Razorhurst… Librettist Kate Mulley has a knack for spinning fun yarns with her lyrics, painting colorful pictures of these powerful, yet flawed women. Music director Andy Peterson mixes jazz and ragtime to give the musical a period flavor without sounding dated.”

“…an undeniably entertaining show, and a spotlight on an absolutely fascinating moment in history.”