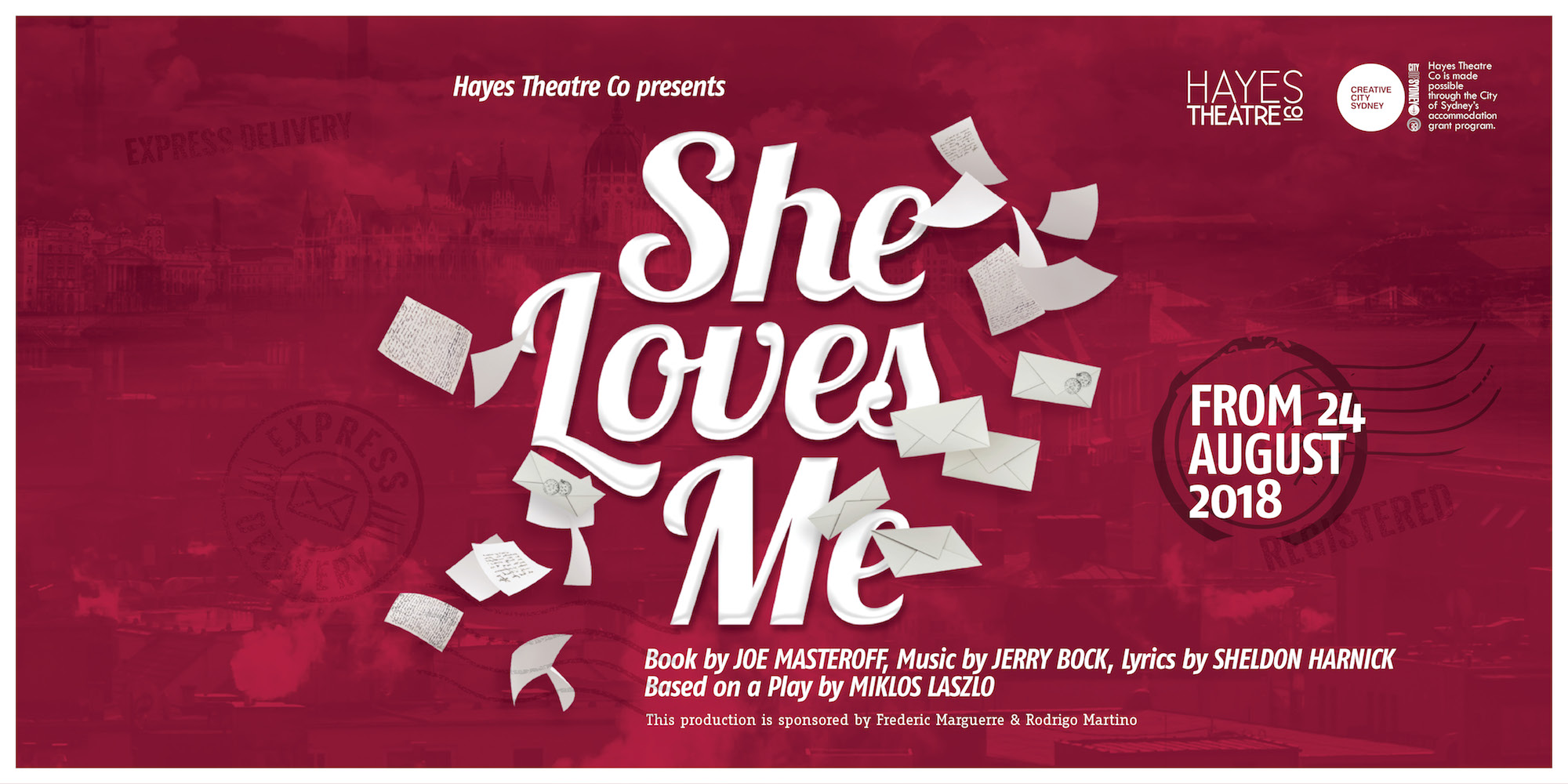 Based on a Play by Miklos Laszlo

Maraczek’s Parfumerie, 1930s Eastern Europe. Head clerk Georg Nowack (Rowan Witt) and the newest employee Amalia Balash (Caitlin Berry) are in love – just not with each other. In fact you could say that it was loathe at first sight. Each is engaged in a passionate and anonymous correspondence with a ‘Dear Friend’ who they are yet to meet. But it’s not just Georg and Amalia who are dealing with relationship problems. Cashier Ilona Ritter (Zoe Gertz) is finding her boyfriend and co-worker Stephen Kodaly (Kurt Phelan) a less than reliable lover; owner Mr Maraczek (Tony Llewellyn-Jones) has received some disturbing news about his wife; clerk Ladislov Sipos (Jay James-Moody) will do anything to keep his job; and delivery boy Arpad (Joel Granger) has greater ambitions for his future.

As Christmas approaches and the staff deal with demanding customers and complicated inter-personnel relationships, Georg and Amalia discover the truth about the identities of their unknown correspondents, much to their dismay, or is it in fact, delight?

Featuring the songs Vanilla Ice-Cream, Tonight at Eight and Will He Like Me, She Loves Me is a witty and enchanting chamber musical directed by upcoming director, Erin James.

‘She Loves Me’ is supported by Frederic Marguerre & Rodrigo Martino, principal sponsors of the Artist-Led Initiative.

Anyone who lives in the 2011 postcode can obtain unsold tickets for half price to all participating shows at Hayes Theatre Co on Mondays (where applicable), Tuesdays, Wednesdays and Thursdays when purchased in person at the box office, half an hour prior to commencement of the performance with I.D. showing residential address.

★★★★ “… first-time director Erin James, finds the heart of the show and has just about every element in perfect balance. …It does exactly what you want a musical comedy to do.”

★★★★ “Caitlin Berry as Amalia and Rowan Witt as Georg throw themselves into the screwball scenes and sing with clarity and perfect pitch. … It’s classic music theatre done right.”

★★★1/2 “Ensemble numbers such as Sounds Like Selling and the escalating mayhem of Twelve Days to Christmas are particularly fun, as is Leslie Bell’s choreography. …sharp, energetic performances and strong direction make She Loves Me a fun night at the theatre.”

“Musical direction for this revival, is executed wonderfully by Steven Kreamer, who breathes new ebullient life into these half-century-old songs. His team of musicians, along with David Grigg’s sound design, deliver for our ears, an unexpectedly rich and exciting experience. Choreography by Leslie Bell, too, is enchanting, bringing to the stage a sense of extravagance that consistently fascinates our senses.”

“She Loves Me is a love that grows because of the indefatigable on stage talent. …

She Loves Me Production Highlights