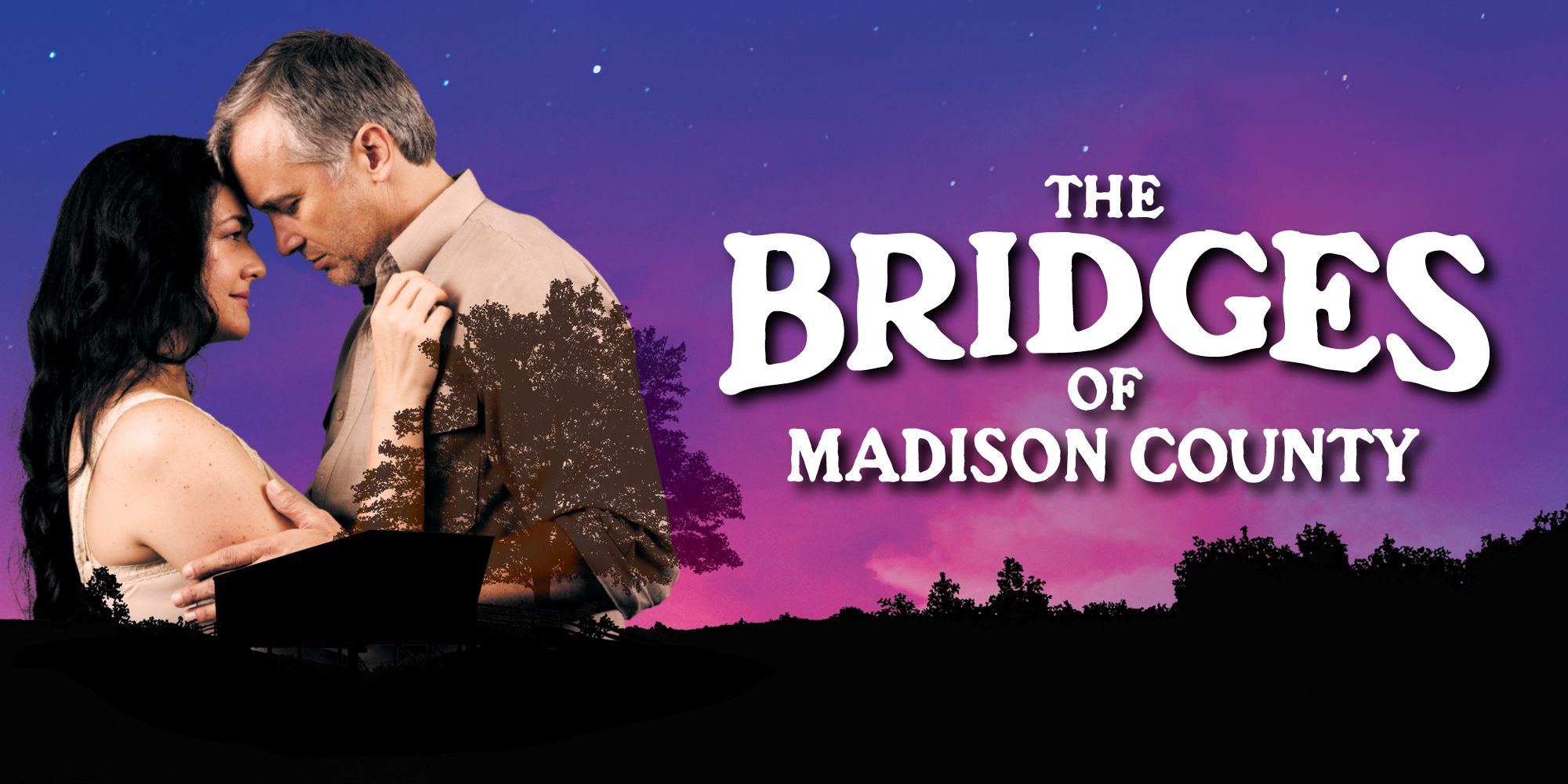 The Bridges of Madison County

Book By Marsha Norman, Music & Lyrics by Jason Robert Brown, Based on the novel by Robert James Waller

2 hours and 30 minutes - including interval

Based on the best-selling novel, and developed by the Pulitzer and Tony Award-winning creative team of Jason Robert Brown (The Last Five Years, Parade, Songs for a New World) and Marsha Norman, The Bridges of Madison County captures the lyrical expanse of America’s heartland along with the yearning entangled in the eternal question of, ‘What if …?’

Set among the cornfields and picturesque covered bridges of Midwest America, Francesca’s safe but passionless world is thrown into turmoil when her friendship with a travelling photographer turns into a brief but intense affair, changing both their lives forever.

Winner of the 2014 Tony Award for Best Score and Orchestrations, this sweeping romance about the roads we travel, the doors we open and the bridges we dare to cross, will leave audiences breathless.

This production is part of the 2011 postcode offer. Residents of 2011 can obtain half price tickets 30 mins prior to performances Mon-Thurs. Subject to availability.